RSS Feed
← This is Your Moment
Pep-Talk →

What do Athletes Want to Hear?

Parents play a large role in the life of youth athletes, a bigger role than most realize. Not only are they the chauffer that ensures their timely arrival to practices and competitions, but they are the chef that prepares and distributes pre-practice and post competition snacks. They are the laundry matt that removes grass stains, and presses uniforms so on game day the team looks distinct and unified.

They are the ATM that spits out league fees, but most of all, they are the biggest fans who provide moral support that drives motivation and inspiration. They are the face that a young athlete instinctually searches for after making a big play.

The things parents say to their children before, during and after a competition effects  a child’s experience in sport. They are a direct influence into how a child perceives his experience, performance, and abilities.

What if a parent didn’t get to watch the game? Instead of asking, “Did you win?”, parents can ask, “How did it to?”. 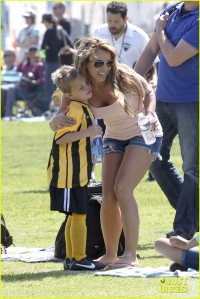 This is a great suggestion from the book “Beyond Winning: Smart Parenting In a Toxic Sport Environment”.  Asking how it went, instead of “Did you win?”, allows the athlete to open up about the things that he or she enjoyed the most. They can talk about their performance, the bus ride, or their friendships. When a parent asks, “Did you win?”; they are conveying the message that winning is the only thing they are interested in. Naturally, after asking if the child’s team won, the next question to ask is, “Did you score?”, “How many points?”. This puts all the focus on their performance and can induce high amounts of pressure on a young athlete.

It is parents that need the structure of youth sport. If you give children sports equipment and some open space, they will play for hours. Kids don’t need to keep score, or wear matching jerseys, or have logical, set, rules. They will just play and enjoy every minute of it. It’s the parents who need to keep score and have leagues with playoffs that lead to championships. The kids just want to play and be around their friends. Keep this in mind when talking to young athletes about their sport experience. Be their biggest supporter and simply enjoy watching them play.

Posted in Character Building, Self Confidence, Uncategorized. Bookmark the permalink.

I am a special education teacher who also holds a MA in Sport Psychology.
View all posts by smarcia12 »
← This is Your Moment
Pep-Talk →