I’ve noticed a common thread among the athletes I’ve had the pleasure to coach over the past year. Most of them have this fear, or inability to slow a skill down and adjust in the midst of their mechanics. For instance, the other night I had my team running agility patterns on ladders. Some of the footwork patterns are a little tricky; a few of my girls were having a hard time finding the rhythm. Over and over, myself and assistant coach advised them to slow down, learn the pattern, don’t worry about your speed, we are looking for quality, not quantity.  Even with that instruction, all my girls sped through the ladder, missing sections, and tangling the ladder around their feet. 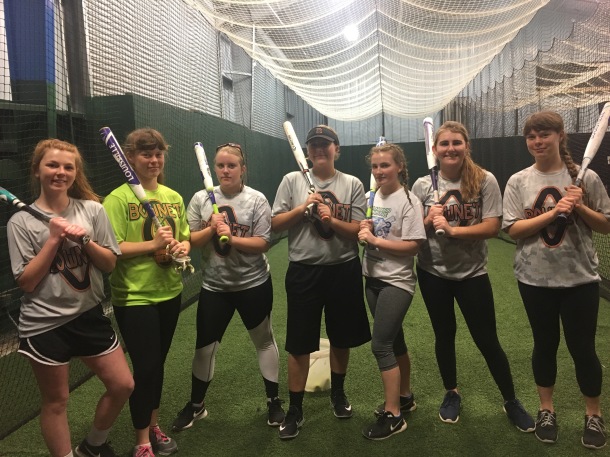 They are so focused on the outcome, and the pace of their teammates around them. They won’t take the time to adjust and learn the skill correctly, they strive merely to “keep up” with everyone else. It wasn’t until I physically stood beside them and wouldn’t let them go any faster than I did that they were willing to slow down and talk themselves through the pattern.

This same pattern presents itself when I’m giving pitching lessons. My pitchers are more concerned with throwing strikes then properly executing the mechanics. When we are working on making adjustments, their focus is on the speed and accuracy of the pitch. They don’t allow themselves to be vulnerable and change their movements which may in turn, for the moment, negatively impact their performance. I’ve spoken to all of my athletes about this, and I haven’t quite gotten to the bottom of what causes it, but I have a few theories which I believe all converge to create this insecurity of not being good enough.

Social Media: Social media has played a huge role in how our athlete’s view themselves. Their self confidence is built around how many likes their pictures receive or how many followers they have. They live, eat, sleep, and breathe this superficial culture everyday; it is constantly reinforcing this idea that they are in competition with everyone around them all the time. They must look “good” or “pretty” in order to be accepted socially by their peers. I believe this attitude has carried over to the ball field. I asked my pitcher the other night why she was unwilling to make an adjustment and possibly let the ball go sailing over the catchers head. Her response; “There’s a lot of people watching me and I don’t want them to think that I’m not good”.

The athletes I’m working with don’t seem to understand this process, they view failure as a negative all the time, even if it’s improving their mechanical game. I think it also comes down to trusting your coaches. Trusting that even if your performance suffers momentarily, your coaches adjustments will improve your performance over time.

It’s imperative for our athletes to be comfortable trying new things. They need to trust the process of taking 3 steps back if it means they get to leap 4 steps forward.

Posted in coaching, My Experiences, Self Confidence, Uncategorized. Bookmark the permalink.

I am a special education teacher who also holds a MA in Sport Psychology.
View all posts by smarcia12 »
← Love The Game
Explicit, Direct, Instruction →