RSS Feed
← My Apologies
The Potential Consequences of Team Cohesion →

The Moral Dilemma of Sport

Morality in sport has been a hot topic of discussion in my classes lately. It’s something that draws me in full heartedly. The consensus is, that our sports culture is currently developing characters, instead of developing character within our athletes. We are consumed with a sport culture that is obsessed with winning, implying that winning at all costs is desirable. This can even mean injuring another player, or cheating when striving to be the best. In fact, those who have been socialized through competitive sport don’t even analyze most negative sport behaviors as moral dilemmas. 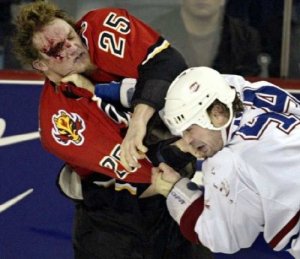 For instance, most would say that inflicting pain on another human being is morally wrong, however, within a sport contest, hitting an opponent with a “wild” pitch is seen as part of the game. We, as athletes, don’t always register these scenarios as moral decisions, and this is because of how we have been socialized in the sports culture. Researchers call it “game reasoning”, a bracketed reality that elicits different moral reasoning. (Shields & Bredemeir)

My question is: is this “game reasoning” mentality acceptable? When you see the abundance of research done on aggression, and realize that it a learned behavior that is influenced by social factors, you start to wonder if it should be tolerated. As humans, we develop characteristics by emulating those around us. We also conform to the norms of our environments, which are heavy influences on the way we choose to behave. (Bandura) As children we see our favorite star athlete picking a fight on the field and we suddenly see this behavior as acceptable, and desirable. Especially because it is condoned by the media, being replayed hundreds of times. In society we conform to what is “normal”, so in different situations we follow the majority of the group. If everyone in basketball fouls at the end of a tight game to get possession of the ball, you will most likely conform to that way of doing things also. 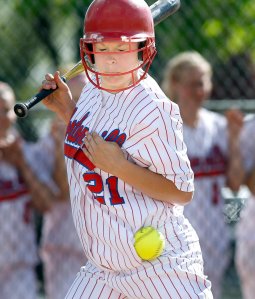 Realizing that this behavior is socialized, where do we draw the line? Studies have shown that this “game reasoning” isn’t such a bracketed reality. The lines are becoming blurred and those behaviors seen as acceptable in sport are now carrying over into real life situations. This is concerning, especially if we consider the world of youth sport. How are we influencing our youth as moral beings? Are the sport programs we employ socializing them to be dishonest, lying, cheating individuals because winning is of the upmost importance?

In some scenarios, yes, sport is creating characters rather than developing character. However, it has also been proven that because these characteristics are socialized, we can socialize our youth into highly moral people. We can create team climates that focus on effort, teamwork, encouragement, and fair play. We can define success as trying one’s best, rather than defeating an opponent. We can employ coaches who model desirable behaviors for our youth to emulate.

I would consider myself a pretty moral person, however I’ll admit, those lines get blurry when right vs. wrong is put into a sport context. It’s hard to draw that line of how far is too far within game reasoning. Some sport rules and cultures make it feel like it’s okay to injure another person. Is cross-checking an opponent in hockey morally wrong, or just part of the game? Should we draw the line at physically taking out the opposing teams best player to gain an advantage? These questions are easy to answer for those who haven’t been socialized in sport, any kind of aggression that inflicts pain is wrong. For those of us who have been socialized through sport, where is the line drawn?

I just found this video of a softball pitcher intentionally hitting the umpire in the face with a “wild” pitch. It looks as if the coach calls a team huddle and plans this brutal retaliation against a bad call. The catcher bails out as soon as the pitch is delivered and leaves the umpire wide open. Click here to check it out: What are your thoughts?

“The only disability is a bad attitude.”

I am a special education teacher who also holds a MA in Sport Psychology.
View all posts by smarcia12 »
← My Apologies
The Potential Consequences of Team Cohesion →