RSS Feed
← The Moral Dilemma of Sport
A Beautiful Escape →

The Potential Consequences of Team Cohesion

I’ve always preached the importance of team cohesion to my players as well as to fellow coaches. As a former player, I’ve witnessed how beneficial it can be, not only to the performance of a team, but for the overall experience as a player. Recently, I had the opportunity to talk with Coach Margie Wright who coached softball at Fresno State University, a Division I program. She brought up a side of team cohesion that is more commonly experienced in the coaching world. 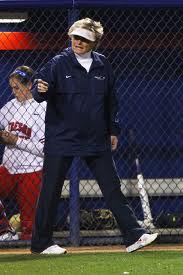 The possible negative consequences that can arise within teams who possess high team cohesion, an important aspect that I hadn’t acknowledged in my blogs. Team Cohesion Blog

“Prepare for the possibility of the team being united and they all turn against the coach in a strong solidarity against a decision the coach made against one of their teammates.”

In my opinion, this outcome is a perfect example of total success. This is an example of a coach that full heartedly united her players. Enough so, that the players united in the frightening task of disagreeing with their head coach, someone they trust, respect, and obey, in order to protect their teammate. I’m not aware of the specific circumstances that accompanied this situation, however, I would be proud to lead a team who came together and made a united decision to protect a teammate in the face of conflict. Whether their decision was right or wrong for the organization is an entirely different issue, one that deals with commitment and focus, not cohesion. Coach wright agreed with my response and divulged that after further explanation to her athletes they all agreed with the decision that was made. It’s so important to have open communication with your athletes, behaviors don’t always portray the actual intentions. An open dialogue can enhance the player-coach relationship by building trust and understanding. As mentioned before in my Enlighten Athletes with “Why” blog, it’s essential to give athletes the reasoning behind things.

Coach Wright also mentioned an extremely common problem that arises in the process of becoming a cohesive team. “An individual or small group of the team either being left out (unnoticed by the coach) or resistive to the team coming together.”

My suggestion to battling this issue starts with a teams’ culture. It must be apparent to the players that the team norms, and coaches philosophy, believe that every player is imperative for the teams successes. Every player must feel they play an important role to the team, even if they don’t get much playing time. 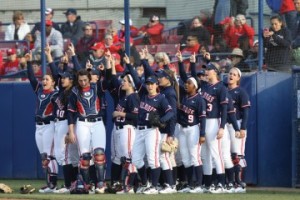 The atmosphere of the team must preach that no one gets left out and that selfish attitudes are simply unacceptable. With these standards and model behaviors in place problem athletes or cliques, will quit or be washed into the “right” way of doing things. Some players may not fully buy into the “one for all” attitude, but they will comply, at least on the outside. If they truly don’t like it, they’ll leave. Again, Coach Wright and I were on the same page in alleviating this issue. Set standards for what is acceptable and what isn’t, there will always be problem players; allow the teams’ culture to convert them or let them go.

Coach Wright spoke of another issue that tends to be extremely common among teams. “Team cohesiveness not producing a team win. The players may decide they don’t need to work so hard to be united because it didn’t appear to work since the outcome was negative.” 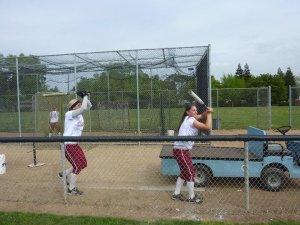 My best answer to this issue would be knowledge and understanding. Most players don’t get the luxury of a sport psychology class that allows them to truly understand the benefits and fluctuations of team dynamics. Team cohesion isn’t a quick fix or a guaranteed road to success. It is one factor that influences performance not a sole predictor. Also, incorporating team bonding activities that are fun or help players learn about one another can help to keep the team cohesion issue enticing to players. In my experience through sport, playing as a team and including everyone was always preached, but the reasoning behind it wasn’t always clear. I think teaching athletes about studies done around cohesion as well as relating it to future life skills is a great way to deter athletes from giving up.

The most difficult issue Coach Wright brought to my attention was: “The cohesiveness becomes more social than work oriented and the social times the team gets together become destructive. (Team drinking or breaking training rules…)” 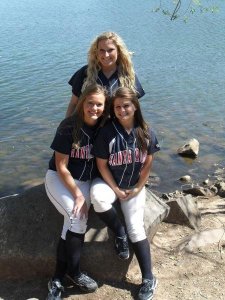 My teammates/roommates and I in our freshman year of college

Although social and task cohesion are indicative to success in sport, one without the other can create issues. The above mentioned issue of breaking team training rules and behavior codes are issues that need intervention and appropriate punishment. I’m torn on how I would handle these issues. On one hand I think it’s more of an issue that is related to team climate and commitment to goals. On the other hand it is directly related to team cohesion, can athletes hold each other accountable? I think I would commend the team on being together as a team but explain that their actions as a whole are counterproductive to their goals as student-athletes. My emphasis in coaching is teaching players, and incorporating life lessons. Throughout my career many of the “whys” behind strategies and skills were left out. I also didn’t get the chance to really connect with some of my coaches over sharing a passion for the same game. As a coach I want my players to know why coming together as team is important, and to know that playing collegiate ball is a once in a lifetime opportunity. I would speak of personal experiences in hopes to inspire them to change their ways.

Talking through these issues with such a well known and successful collegiate coach was really insightful. When your out there on the field as a coach one of your biggest responsibilities is problem solving; sometimes this is easy to forget as I sit here and write. I focus a lot on prevention, when it reality, most coaches are looking for resolving tactics midseason. It was also a huge compliment to hear that someone of her status agreed with my view points on how to handle these common issues. I throughly enjoyed hearing her perspective on the matter, it brought me “back to reality” so to speak. Hope you all enjoyed it as much as I did!

“Let your hair down but not your team” – anonymous

I am a special education teacher who also holds a MA in Sport Psychology.
View all posts by smarcia12 »
← The Moral Dilemma of Sport
A Beautiful Escape →